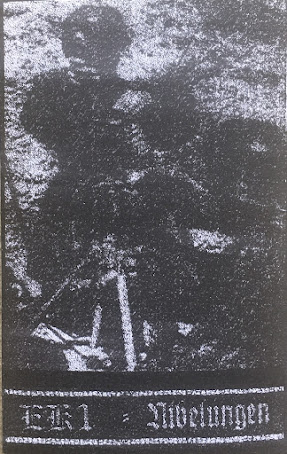 EK1 was a one-off project believed to be of Michael Morthwork (Emit, Hammemit, o9a, etc).

This was formed in 1999 for the purposes of creating a "one off experiment in soundscapes, emotion and expression". It was later reissued on a split with Emit, allegedly, but that doesn't seem to exist.

Blackened Occult Noise is probably the easiest way to describe this sonic assault.

As usual, avoid buying this on Discogs when it suddenly starts suddenly appearing for sale. Scans included.